This friendly girl / guy  paid us a visit in July. We reported this encounter to the CT DEP Mooseline. Is this a female or male juvenile moose?

97 years ago today Leonard Michael Majeske was born in Detroit. He was one of a kind. Here he is with his 2 sons.

The Joseph F. Majeske School, located in the Poletown Historic District at 139 Trombly Avenue, Detroit, MI started as an apprenticeship training school run in cooperation with several unions in the area. In the early 1920’s, an elementary school program was added. Soon after it was converted into an open-air school for the preservation of tuberculosis. The building and all surrounding buildings were bulldozed in the 1980’s so General Motors could put up another factory.

You can view a few photos at the Library of Congress. 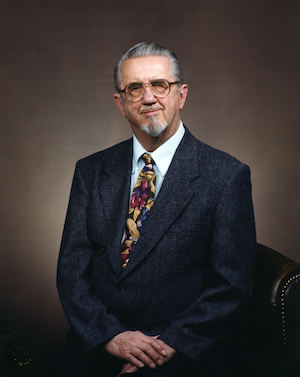 He was born and raised in Detroit. He graduated with honors from De Lasalle High School. He received an Engineering Degree from the University of Detroit Professional and a Masters Degree from Catholic University. While in school he was Midwest Editor of Design News magazine. He served in the U.S. Air Force in World War II and was a lifetime member of American Legion Glastonbury. His first career was as Aerospace Engineer. This included a position with NASA working for rocket pioneer Werner Von Braun. He earned several patents on tank, automobile and airplane components. After retiring from engineering he became an educator with the State of Connecticut.

Leonard, also known as Mike, was an accomplished musician proficient in piano, guitar and his favorite instrument, the accordion. He was an avid duplicate bridge player and a founder of the Glastonbury Duplicate Bridge club. He was a lifetime member of Mensa, a published limerick writer and inventor of the sport of tunnis. He played chess for almost 80 years, earned grandmaster points and won several local chess tournaments. He was the Official Town Crier in Glastonbury and also appeared in advertisements for Connecticare. He was a strong vocal advocate for social change.

He was the beloved husband of Joan Thompson who passed away in November 2010. They were married for over 30 years. His sister Delores Gasiorowski lives in Michigan. He has four children, Kathleen Bence, Dennis Majeske, Cheryl Majeske and Christopher Majeske. He has many grandchildren, nieces and nephews.

Apple has a new product announcement on January 27, 2010. Here are my predictions:

The main announcement will be a new product line – a “Tablet” device.

The name will not be “i” anything. It will be a something new like “Canvas”. It will not contain tablet or slate or book.

The pics of Mike and I are from April of last year when we went to the book debut. Mike left his glasses in my sister’s car so that is why he looks out of sorts in the bottom row first picture. We are also in the top row 3rd pic.

1. The Yankees will not win the World Series
2. Apple will release a new iPhone model
3. The biggest, not best, movie will be Angels & Demons
4. The Lakers will win the NBA championship
5. The Dow will end the year above 10,000
6. Blagojevich will either resign or be impeached
7. Windows 7 will not be released.

This past week in Las Vegas we saw 4 celebrities.

Jared from Subway fame. He was there for a Subway convention. We talked briefly,he was checking out on his way home to Indianapolis.

Warren Buffet at the Beatles Love show. He was very casual,no entourage. Fantastic show BTW go if you can.

Flavor Flav was friendly and had an iphone